FOR A LIMITED TIME… nostalgia No Country For Brown Men 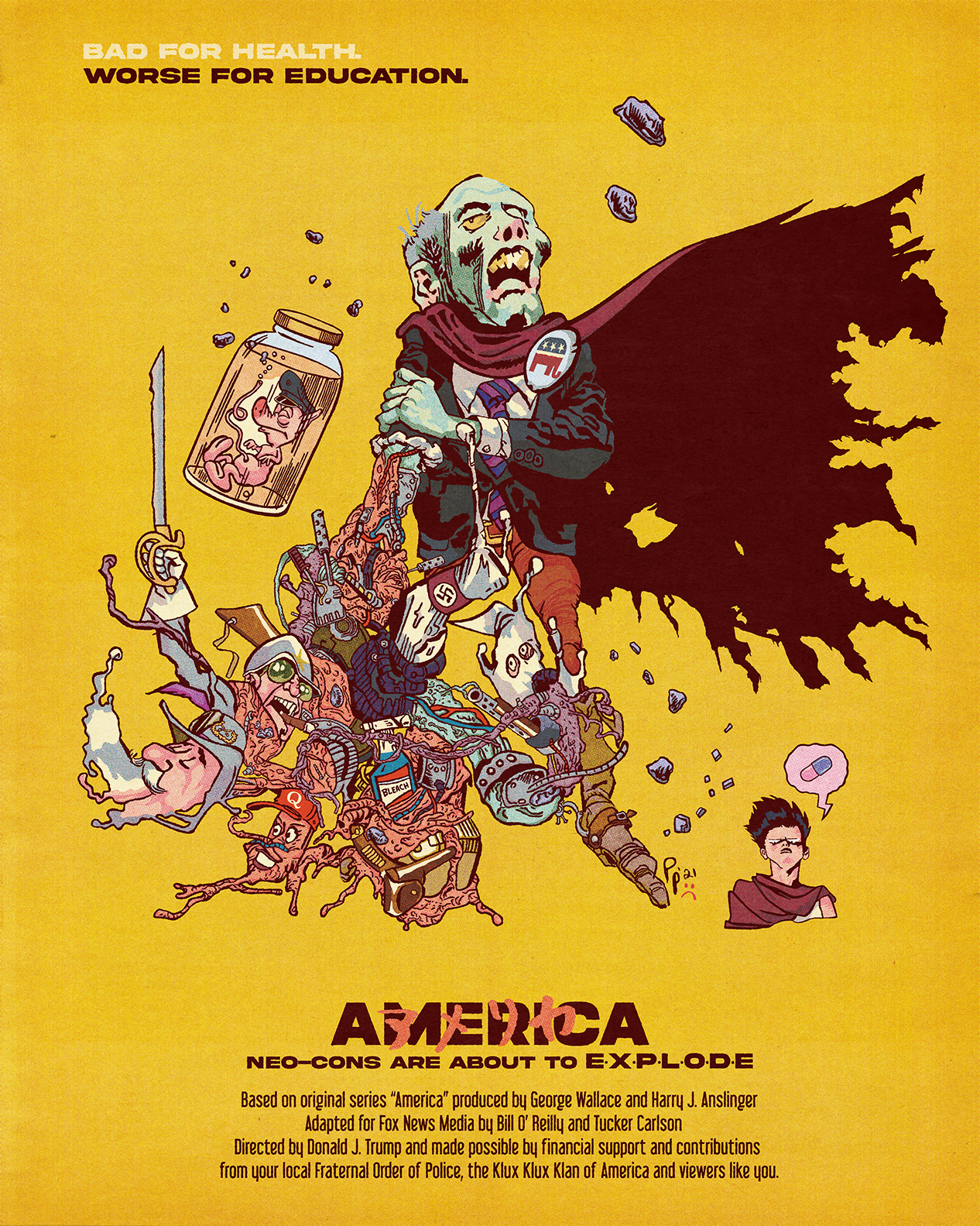 The House Is Burning 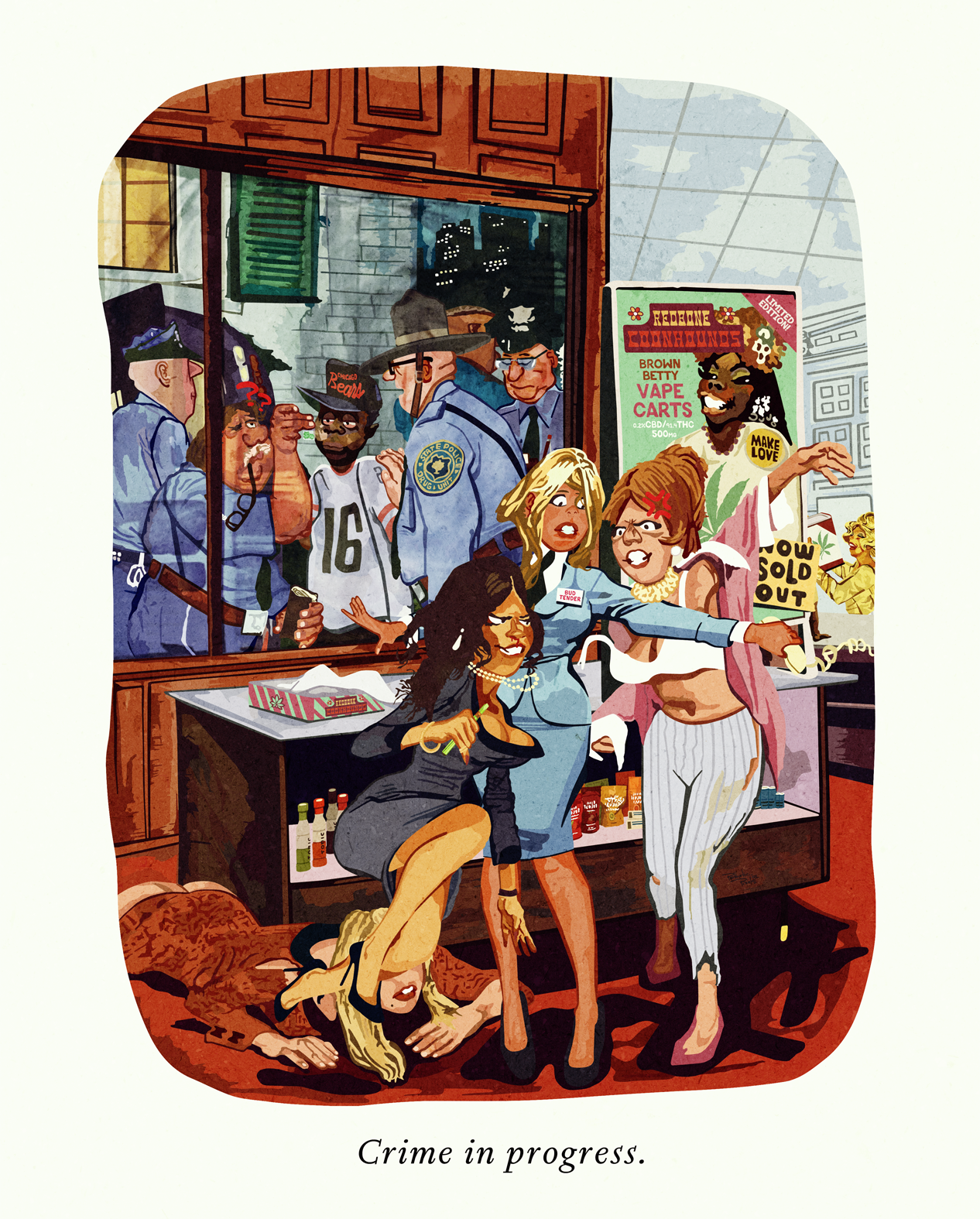 Are You Afraid Of The Darks? 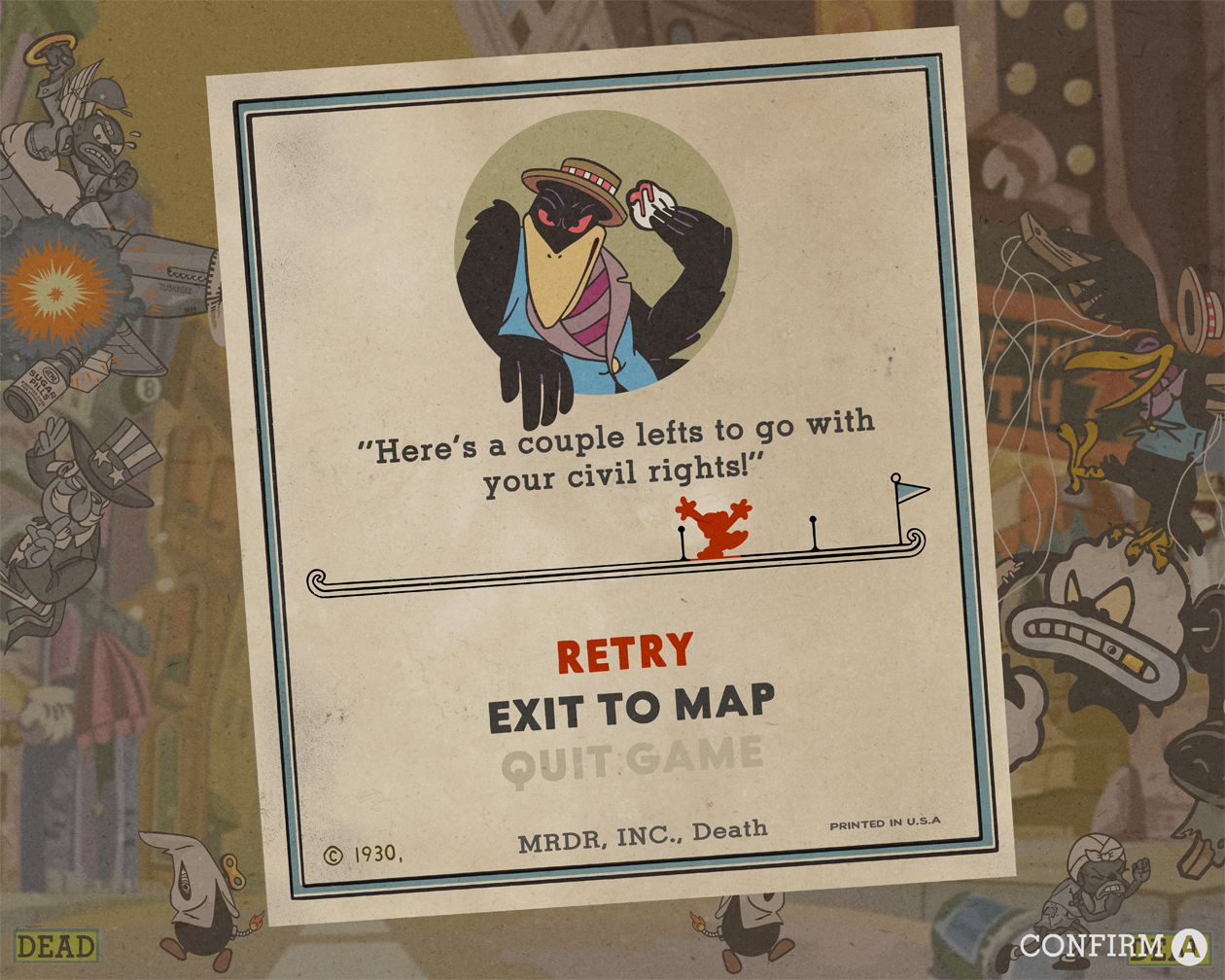 I Hope She Lets You Hit Bro 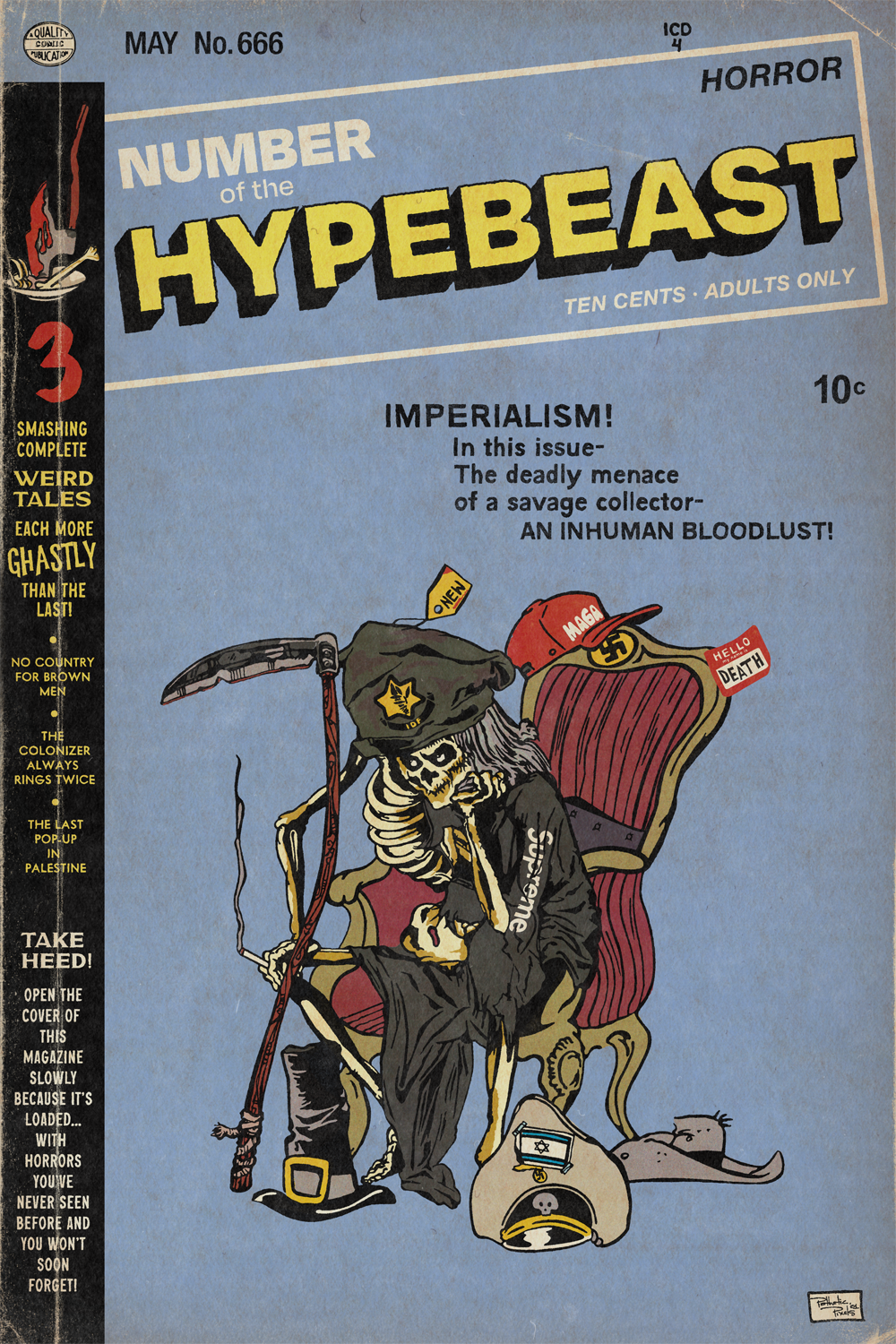 Number Of The Hypebeast

read more about the collection

I’ve traced my steps back, and like any good pupil, I’ve shown my work. Think Dismaland, but instead, I built a makeshift Johnny Rockets that serves racial abuse with its milkshakes in the hope that it makes you rethink why you wanted to eat at a fucking Johnny Rockets.

What does it all mean, Basil?

My grandfather read Playboy for the cartoons and prayed at the altar of Clint Eastwood and lesser men of little words. Like him, I too wanted to take my coffee Black while reading The Paper™, silently disapproving of crudely drawn white dogs who interrupted the serious contemplation of Sundays to hock stuffed animals of themselves or act as strawmen in Libertarian satire.

He was the sort of man you imagined was not born but simply came into being aged 50 and would live forever. Yet he died, as he lived, quietly as if asleep, my best friend and a stranger.

If I could know him, understand him, then perhaps I could understand America and, in doing so, breathe easier when she walks over my grave. So I’ve started here at the beginning, and in the filth, I found them, locked in a twisted clutch, limbs contorted like the Embracing Skeletons of Alepotrypa.

America is not a woman, asking to cradle the poor and tired, a savior twisted by the aims of rudderless people. America is a man who has nightmares about deeds of war finding his return address. He is silent lest secrets spill out and betray his carefully crafted countenance. A constant gardener who dreams of labor impressed only by stoics. He is, at best, a child who decided the meaning of life was to eat the cowboy picture, consume his power, become Big Cowboy.

I’ve made peace with his past, and I’m looking forward to never seeing it again.

The Fire Next Time by James Baldwin